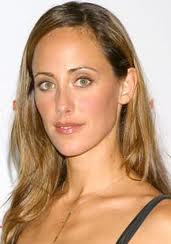 Kim Raver was born on the 15th of March 1969 in New York City and her birth name is Kimberly Jayne Raver. Her nickname is Kimmy and is 5'8" in height and is married to Manu Boyer and has two children with him.

Where Are They Now

Retrieved from "https://revolution.fandom.com/wiki/Kim_Raver?oldid=20944"
Community content is available under CC-BY-SA unless otherwise noted.