"Kashmir" is the ninth episode of Season 1, and overall the ninth produced hour of Revolution. It originally aired on on November 19, 2012.

Miles, Charlie, Aaron, and Nora team up with Joseph Wheatley  , a rebel member for Philadelphia, and four other rebels. Their plan to get to Independence Hall is to go through the subway tunnels. However, Charlie steps on a land mine but manages not to set it off; Nora then manages to neutralize it, giving her and the others mere seconds before it detonates, sealing off their escape and the main air supply.

Due to lack of oxygen, the group starts experiencing hallucinations; Miles thinks he saw a Militia soldier and Aaron starts seeing his wife Priscilla. After a while, Miles hallucinates about entering Monroe's office and coming face to face with him as Led Zeppelin's "Kashmir" plays. It's revealed that Monroe started killing innocent civilians, so Miles left, but not before trying to assassinate him.

The group manages to get to a doorway with fresh oxygen. Suddenly, Wheatley (revealed to be a Militia deep-cover agent) kidnaps Miles after killing the 4 rebels. Charlie shoots Wheatley , but right before dying, he shoots her in the head, but the bullet only grazes her. Charlie has a hallucination where she wakes up back home in Sylvania Estates, Wisconsin; her father Ben is very much alive as well as Maggie, and Danny was never taken. She tells Ben that she needs to go to find Danny. In real life, Miles successfully wakes Charlie up. After 3 hours, the group decides to see what is behind the screen door next to them.

Monroe does not trust her device, so he gets Dr.Jaffe to check it out. He reveals that it is actually a bomb targeted at Monroe and the Pendant acts as a detonator.  Monroe threatens to kill Rachel and Danny and doesn't need her anymore to build the real amplifier, he has Jaffe. Rachel is forced to stab Jaffe to death before saying to Monroe "Now you need me". 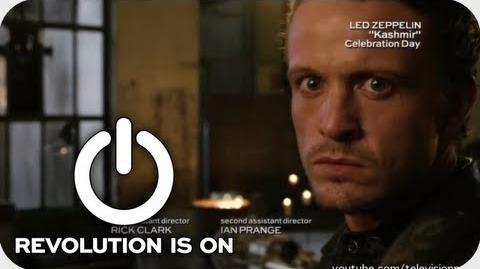 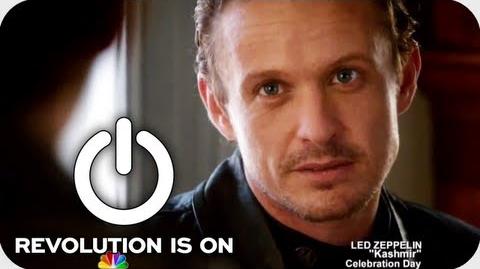