Emma Bennett was the first love of Miles Matheson, and the object of Sebastian Monroe 's obsession.

Growing up, Emma was Miles' girlfriend and a friend of Sebastian Monroe. Miles was at one point engaged to her. One night, shortly before shipping out to basic training, Emma betrayed Miles and shared an intimate moment with Bass that resulted in her getting pregnant with his son. By the time she found out, he had already shipped out for basic and her parents refused to let her tell him.

Years later, Monroe used her and the town as a way to draw out Miles. It worked, as Miles came to rescue Emma. While he was holding her hostage, she revealed that he had a son. Before she could tell Monroe where he was, Dixon shot her in an attempt to kill Monroe. A wounded Monroe was stricken with grief and rage and was dragged away by his soldiers. Miles killed Dixon for shooting her and then mourned her death. Jim Hudson offered Miles his condolences shortly after. ("Home") 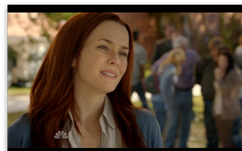 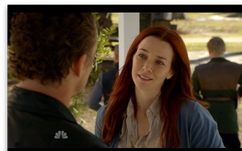 Add a photo to this gallery
Retrieved from "https://revolution.fandom.com/wiki/Emma_Bennett?oldid=22876"
Community content is available under CC-BY-SA unless otherwise noted.